How switching from CNC milling to industrial robotics led to a Gold Medal.

Louie is in his second and final year of a full-time foundation degree in engineering at NRC Ballymena in Northern Ireland. In 2019 he was a technician in a workshop devoted to gear cutting, “We fixed car gearboxes and basically anything else with gears. In doing that job I just felt there could be more I could do. So, I started working overtime where I could so I could sit for a year and focus on my studies full-time. Then I was able to get a student loan and so I could just about squeeze by for another year. I’m 26 years-old now so it’s probably the last time I’m going to be able to take time out of work like that.”

Louie’s feeling that there was a different future for him was hard to ignore, “It felt like there was an itch and the only way I could scratch that itch was to go to a higher level of education. I already had a BTEC and that got me around places and got me my apprenticeship and it’s got me through my engineering career so far.”

His apprenticeship was at McAuley Engineering in Ballymoney for CNC machining and he felt it was a good quality opportunity:

I thought it was a really good apprenticeship, I didn’t realise at the time how good I had it and I do think it has led me on to better things.

Louie’s secondary education was at the Dominican College at Portstewart, Northern Ireland and he feels that at that time It was the kind of place where you got your GCSEs then A Levels and then went on to university. He struggled at school and with good reason, “At the time I hadn’t yet been diagnosed with dyslexia which contributed to my failing my English GCSE and so I wasn’t accepted back; because I had always thought I needed to go down the academic route and couldn’t, I felt at the age of 16 that I was completely blocked.” A careers advisor suggested he go take a technical route. That meant he had to think more closely about what he wanted to do.

First competing in WorldSkills UK Competitions at the time of his BTEC level three in 2014 in the CNC milling competition his results were not initially encouraging, “There were six of us and they wanted to whittle us down to three. I’ll always kick myself over this one, but there was a bug in the software where I’d programmed one side and sometimes if you go to the second side it deletes the first side and that happened to me. My 18 year-old me said, there’s nothing to submit so I’m just going to walk away. As it turned out, two people completely failed and another decided they didn’t want to do it so if I’d just submitted something I would have got in.”

When he returned to education last year Louie planned to go into milling again and move onto mechatronics the next year:

I’d already signed up and we were in our tutorial class when the tutor said there was to be a robotics competition. As soon as I heard that I straightaway changed from milling to industrial robotics.

He first competed in the National Qualifiers in 2021 and felt comfortable about competing, “Before I met the other competitors I was quite confident in my National Finals submission, then I talked to them and they each told me “This is how we’re doing it” and that made me question myself.” However, Louie’s self-confidence was well-placed and he won the top accolade of a gold medal and the chance to be selected for Team UK. Saying, “ I’m relieved that it was worth it and I’m excited for the future! I hope to take my career further in this industry and to put such an achievement down is certainly going to give me an edge.”

Asked what his favourite part of competing was Louie is quick to say, “The adrenalin rush and even more the relief from the stress afterwards. To have that stress and process it in a focused way was invigorating for me.”

Competing is all about demonstrating technical skills, managing time and problem-solving, but it can also be a learning experience for many:

“What I’ve learned from competing is that I am capable, I knew I could do it and now I’ve done it. What I would say to somebody thinking of competing is, you’ve got nothing to lose, if you’re worried, you can be sure there’s nothing to worry about. The worst thing that can happen is that you’ll be last. You can learn from being last as well as being first, even just competing looks good on your CV.”

Planning for a career often starts when applications for college or higher education and apprenticeships are made but Louie thinks it needs to start earlier in secondary school, “To be honest, from my own perspective the only reason I found out about engineering was that I failed at school not because I succeeded, so I’d say get students’ attention while they’re young.” 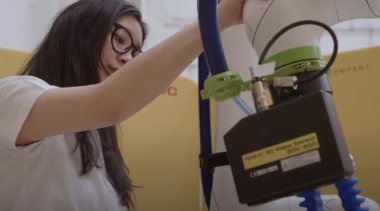 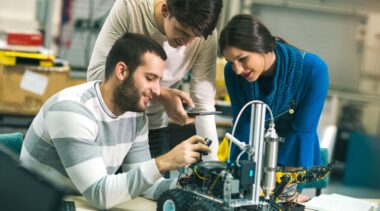 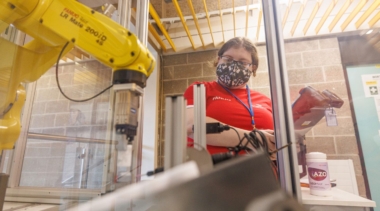