Leaving school for technical education was the right decision.

Danny comes from Eye in Suffolk and studied joinery at nearby West Suffolk College. He was inspired to become an apprentice joiner from a very early age, “I grew up seeing my dad build our house and his own joinery business and saw the ins and outs of what it is to be a joiner. I also wanted to leave school and learn a trade early rather than stay on at school or go to university.”

Danny first heard of WorldSkills UK Competitions through his tutor at college who asked if he would take part, He was successful at the National Qualifiers in the summer of 2021 and went on to the National Finals in November.

He enjoyed competing and asked what his favourite part was Danny says, “The act of going out of my comfort zone and doing something that I never would’ve thought of doing a few years ago. Even so, competitions are all about challenges for skills ability, time management, problem-solving and everyone reacts differently. Remaining calm was a top priority. Danny says:

It’s this greater confidence that’s helping Danny to grow personally, “I have learned from competitions to take more opportunities when they come my way instead of turning them down.” His employer too has noticed the difference that his competing has made.

My boss gained more confidence in me so I now get to do more complex jobs and take more responsibilities at work. Now I’m also being trained more to eventually go onto complete complex jobs on my own. I have continued to develop my skills and have been allowed extra time at work to enhance them.

Competing is a great opportunity for young apprentices and Danny says, “I’d tell anyone thinking of competing to go for it as at the end of the day even if you don’t do well, you’ve lost nothing as taking the opportunity is still doing better than the people turning it down.”

Danny thinks he may become self-employed and run his own firm in the future but currently he’s happy progressing with his employer and learning everything he can and he hopes his contribution to the company will mean that he can move up the ladder and a new apprentice can come in. The Covid-19 pandemic has had a surprising effect on his progress, “Obviously it’s not a good thing but not being able to do much other than work has made me focus more and get better at my job.”

Asked what he’d like educators and government to do to help young people in their career decision-making Danny says, I would want them to promote the fact that apprenticeships are a great option to learn skills and get a full-time job at an early age, rather than being told you have to go on to sixth form or university to get highly-skilled and potentially highly-paid jobs.” 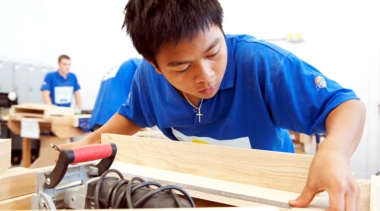 This technical masterclass will help you develop your skills in setting out joinery techniques.
Read more 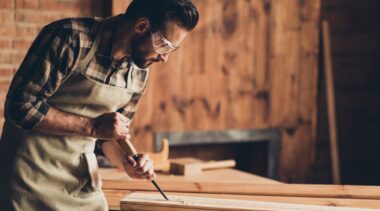 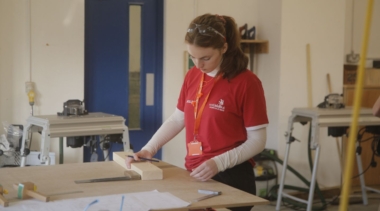