FE educator Jenna Ratcliffe is delighted with how easy it is to engage with the Skills Development Hub.

“I think the hub is great. The more I’ve been using it, the easier it is to work my way through. ”The content fits well with her in-class work, “It’s good to see the skills-specific demonstrations and masterclasses on there. They’re very good for my team, particularly as we’re keen on the competition elements.

“Some colleagues have held back as they don’t want to set tasks for their learners that aren’t interested in skills competitions. So, I’ve been able to explain that it’s not just about the competition and that is has knowledge and skills elsewhere and there’s been a better buy-in from them.

The progressive stages of the Hub work well for Jenna and her students. “I think it flows well. I like the hurdle-based approach, for example the mindset masterclasses where you have to complete one section to get the other. I think it shows good progression. It assists and builds upon what you know. Also, I particularly like the ‘How to embed the competitions into the curriculum’ modules. I think that content is fab, really, really good and the resources that have been passed onto my team have been received really well.”

The Hub provides resources for both teacher and student development and Jenna chose to start with her own CPD before using the resources with her students, “We have an individual development programme at college, so the plan is to integrate resources from the Hub into these sessions. If we are trying to develop their commitment, let say at the beginning of the mindset masterclass, we might do our own form of lesson and then just cement that with one of the modules.”

The Hub can be used as a standalone set of resources or as complementary to in-class delivery. Jenna is a member of an initiative group to try and get WorldSkills UK adopted across the whole of the college. “I’m trying to really show that this can be used as something to complement our existing individual development scheme, rather than replace it. it’s working and has been perceived well. So, if we as an example did the commitment masterclass, it gives us ideas as to what to put into our lessons, it gives us the resources we need.

I started with the set of specific master classes as I train the competition squad, so I was looking for insights. Since then, I’ve been working my way through the mindset modules. I have had a look at some of the positive attitudes and behaviours as some of the PowerPoints are resources. It links to Ofsted so it’s quite easy to justify to our leadership team why we’re doing it.

Asked whether she would recommend the Hub to colleagues and training providers, Jenna is enthusiastic. “I’m trying to get it enrolled across the whole of the college, which is about five different campuses, plus all our prisons.

“Our leadership board are behind it, which I think is a massive thing at FE level. It gives me a good starting point for people to get involved. So, I’ve got 15 team members signed up.

Things are going well right from the early stages says Jenna, “Colleagues particularly like embedding competition work into the curriculum, that’s something that they have had struggles with before, to see how it can fit in and make it purposeful for everybody. Most have found that very helpful and there’s some blank lesson plans and competition briefs that have been really well received by students.”

Students are already beginning to gain inspiration and confidence from the Hub resources, “It certainty had a massive impact in our sign up for competitions, I know it’s not always about that but for us it is. I suppose it’s raising aspirations and the belief that a learner can actually do something that they didn’t think they could do before.” 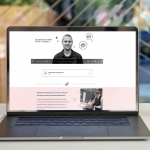 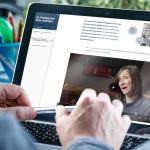 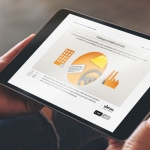 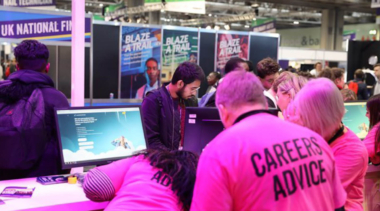 Our digital Careers Advice Toolkit is a guide to supporting young people with employability skills and careers information.
Read more 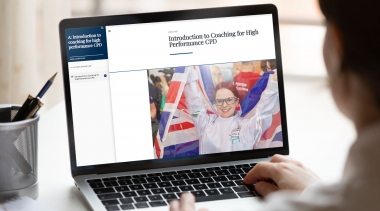 Our Skills Development Hub provides free learning resources for educators to use with learners and apprentices remotely and in the classroom.
Read more 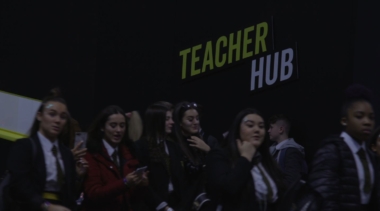 Our tools and resources are designed to support educators to inspire and develop excellence in students and apprentices.
Read more