How a love of football led to a rewarding career in fitness training.

Role models have always been inspiring to Shawna, “When more people are involved in the skill you’re interested in it’s easier to find people to look up to. You see them and think, If they can do it then maybe I could do that as well.” When she was in secondary education Shawna played football for the school team, but when it came to choosing a college there weren’t that many which allowed for football training alongside learning. Eventually, through a friend Shawna learned that Barnet and Southgate College offered football training and match days in partnership between the college and Tottenham Football Club and Shawna was successful in her application for the level three extended sports diploma.

It was good to have come from outside that learning environment as it meant the coach could bolster up the college squad with players she knew who would perform well.” adding, “It was cool and because it was Tottenham Ladies you got little perks like tickets for games and Tottenham kit to wear. We also did a lot of interactive things like going on trips.

Shawna enjoyed college and feels she had a good grounding via her secondary school, “It was cool too because of the people and I was young and everything was new. When I was at college I was learning and enjoying going to lessons and looking forward to the days because I knew what I was doing. It was a really good vibe with the people and the teachers. Lots of it was practical and not so much theory-based and I enjoyed being active and doing stuff.” When she finished her qualification Shawna was well set up for moving into a working environment, ” I knew what I was doing. It’s about putting in the work and being comfortable about having the tools to do the job, being confident that you know what you need to know.”

Shawna’s favourite thing about her job is the people, “I think I’m quite a social person, and I look forward to going to work knowing the staff and people I am going to interact with and that’s what’s made the environment such a nice one to be in. Teaching and being part of people’s training and having them say they really enjoyed the experience. I always get good feedback from the classes I teach which is so nice to hear.”

A fitness instructor performs a range of roles, the main one is to be in the gym and available to anyone has any questions about using any of the equipment, or the different ways they can train. Then there’s teaching classes such as circuits, legs bums and tums, and spinning and boxing, both of which you need an added qualification for. Shawna completed tests to be able to work in the pool and the spa at the leisure centre where she works. She feels she’s still learning every day, “ I’m the youngest on the team so I’m surrounded by people with more experience. It’s definitely important to have the basis of knowledge such as knowing about the muscle groups and where they are. What exercises work which muscles.

“A big part of the role is helping people who come to you with goals whether it’s losing weight or improving their fitness. Knowing the basics of how to achieve that you can develop more of a precise programme.” Shawna plans to keep on developing her career in personal training saying, “My big dream is to own my own gym, I might be going on Dragons’ Den soon!”

Her advice to young people thinking about a career the sector is, “Don’t succumb to peer pressure, be comfortable about not conforming to social norms. Be happy to be yourself and don’t always look for people’s acceptance.” 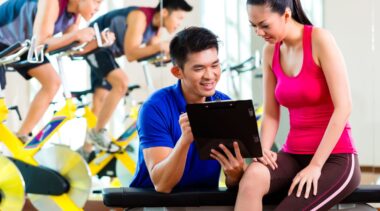 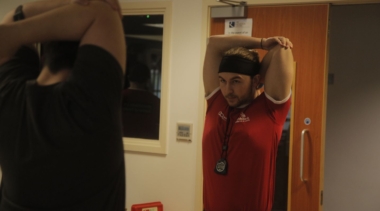