Medallion of Excellence at WorldSkills Kazan

Sam, who’s been selected to compete in Cooking as part of Team UK, explains how his WorldSkills UK experience so far has given him the valuable technical and personal skills to help him succeed in his career.

Sam from Cilgerran in Pembrokeshire, Wales, was first inspired to take up cooking after he worked washing dishes at a local hotel and the chefs inspired him to give it a go. He then went on to study the skill at Pembrokeshire College.

It was while at college that he discovered WorldSkills UK Competitions:
“It was my lecturer at college who first introduced me to WorldSkills UK and suggested I should take part in the Welsh regional competition. I thought I may as well have a go and then ended up winning!”

After winning at the National Qualifiers, Sam competed at the National Finals in 2016 at WorldSkills UK LIVE at NEC Birmingham, where he competed against the best young chefs in the UK and was awarded a Bronze Medal.

Sam was then selected to be part of Team UK for WorldSkills Kazan 2019, where he competed against the best young chefs from around the world at the ‘skills Olympics’. He went on to win a Medallion of Excellence, demonstrating world-class standards of excellence in his skill.

His WorldSkills UK experience so far has given Sam valuable technical and personal skills to help him succeed in his career. “It’s taught me how to organise myself much better, how to plan differently, how to use my time well. It’s also increased my confidence.”

Following the experience of competing on the world stage in Russia, Sam was really pleased to make it back into the current Squad UK. “I was really looking forward to it. I feel like since Russia, I’ve developed even more, especially with my new job as Chef de Partie at the Grove Narbeth.”

When he found out he’d made onto Team UK for EuroSkills Graz 2020, Sam described the feeling as “amazing. I don’t know if I was expecting it or not.”

He’s now looking forward to “meeting the new Team UK and getting into the right routine of training and planning all my work.” He’s also excited to develop his skills even further, “the more experience I get, the better the outcome. Hopefully it will help me to become a really good chef.”

Sam believes that WorldSkills UK Competitions are “a great platform for people who want to do well in their career.”

He also recommends that others who are considering entering should take part.

EuroSkills Graz is currently postponed due to COVID-19. 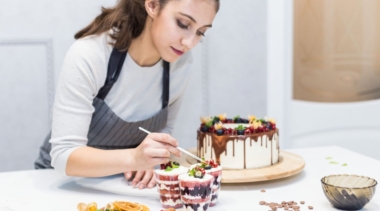 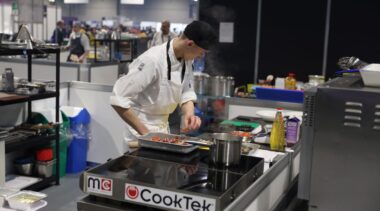