From starting in engineering which benefited him in carpentry, Ian is now running his own firm. 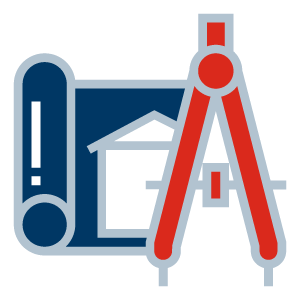 Ian has always wanted to succeed in his career and as he had been through a lot of mental health issues finally deciding on a career path in carpentry has, he says, helped him a lot.

When he was considering his options, he was advised to approach technical colleges and take up an apprenticeship which he thinks was exactly the right decision. “The best thing about it for me was learning everything to do with my trade. It gave me the opportunity to progress within the company and it gave me the confidence to stand on my own two feet and I work for myself now.”

It’s that I can go into someone’s house and change something they’ve been living with for a long time and it has a big impact, it can change the way they live their lives from then on. A typical day for me can be starting at a builders’ merchant getting the supplies I need for the day, rocking-up at a customer’s house, it could be anything to deal with from a squeaky a door, to a kitchen cabinet not operating properly, to fitting a new kitchen. To me it’s something simple that can change how people are.

It’s not just technical skills you need to be successful in carpentry Ian says, “You need determination, always a key element of getting somewhere! Learning from something you’ve not done before and failing at it is hugely important Once you’ve got your head around learning to fail and that it’s OK to, that’s it, you’re onto a winner.”

Ian feels he was a recent recruit into the carpentry industry, “I started a bit late but it gave me the opportunity to learn a bit more about engineering before I actually entered carpentry. It gave me basic skill sets for the accuracy needed. It’s foundation skills like these that Ian believes are the bedrock to a successful career, “Starting from the bottom is the best way, you get to see everything that’s going on throughout the company right from the bottom all the way to the top. You’ve got to be willing to sweep the floor and maybe get a few splinters on the way. What I’m most proud of is being able to run my own business, standing on my own two feet deciding what I’m actually doing for myself.”

There’s nothing else really that can get you on the job, earning a wage and learning what you need to learn.”

His apprenticeship enabled him to go to college one day a week and spend the rest of the week on practice-based skills as part of his job. It also gave him the opportunity to start with a good company and progress. “On completing my apprenticeship, I was employed by the same company and given opportunities to progress through the organisation.” This fitted in well with his long-held ambition to do well in his career and has given him variety that is both challenging and rewarding. “The thing about my industry is that it is always changing, there’s always new technology being brought out, as well as new techniques and methods to use.” 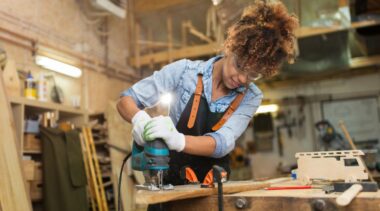 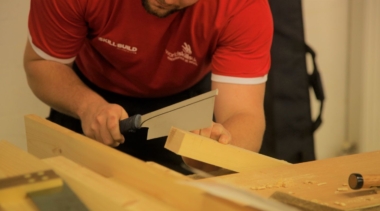 Carpentry is one of the most skilled roles in construction, so excellent working knowledge of wood, its various types and uses, is important.
Read more