When he was at school Harry didn’t have any real ideas of what career he wanted to have. He completed a few weeks of work experience and found that he enjoyed building things and landscaping and everything grew from there.

Harry chose to do an apprenticeship because he wanted to start work as soon as he could but carry on learning at the same time. “I feel like the best way of learning is actually doing it not just reading and talking about it, apprenticeships get you so much more involved from that point of view.”

After having first heard about WorldSkills UK Competitions through his course at Myerscough College in Lancashire. He also talked to a friend who judges the National Finals and decided to take part, first competing in May 2019.

Asked what his favourite part was about taking part in WorldSkills UK Competitions Harry says, “The chance to meet great people who were doing the same thing as me.” adding, “You learn a lot more by watching how other people work.”

Landscaping skills competitions are a test of technical expertise, problem-solving, creativity and time-management and are designed to stretch competitors. “The biggest challenge I’ve found so far” says Harry, “is trying to hit the time targets and getting quicker and quicker but still having to stay so accurate with the work I produce.”

Harry thinks that competing was much more than simply about showing what he’d learned from his skills training, “The best thing I have learned is more about myself. The competitions bring so many qualities out of you that sometimes you don’t realise you have. You find out a lot about yourself through these competitions.”

Competing has played an important role in how Harry’s career has progressed.

Since taking part I have gone from being an apprentice to hopefully soon becoming a supervisor in charge of projects and a team within my company. It has benefited my career tremendously by the way it has made my standard of work much higher and my attention to detail and accuracy has improved greatly.

Frogheath Landscapes has also benefited from Harry’s competition and training experience beyond his own performance, “My skills have helped the business grow by being an example to other apprentices at the company who then want to learn and progress.”

For anyone thinking about entering a WorldSkills UK Competition Harry advises:

Do it! If someone says “competition” to you it will scare you a bit but do it! It opens so many avenues for you and you’ll learn more about yourself and your work within two years of being with WorldSkills UK than you will for the rest of your life.

Covid has impacted everyone in the last eighteen months but Harry thinks a cautious approach will help his company continue to work as normally as possible. “Covid will always be with us now I feel, but we’ve just got to be vigilant and careful but because the work is done outside, it’s always easier with social distancing and so on.”

Harry believes that the technical skills in the landscaping apprenticeships should be led by specialists in each skill rather than a teacher for the whole programme. For example, “In landscaping you need to know a multiple of trades so I would suggest bringing in a specialist in each trade to teach students that part and then bring someone else in for the next trade and so on.” 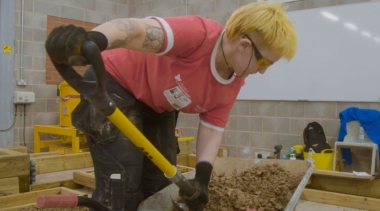 The competition will train you to be able to pave, construct wooden structures and gain knowledge of horticulture.
Read more 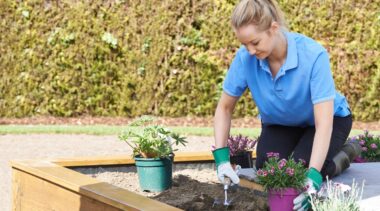