Health and Social Care Skills Champion Georgie won a Medallion of Excellence in EuroSkills 2012. She explains how the skills and experience she gained from competing has benefited her career and why she wants to share her passion with others.

Georgie knew from an early age what kind of career she wanted. “Lots of my family have worked in healthcare, as nurses and in other roles. I feel that it’s a vocation, something you are born to do.” Competing has been an important element of her career journey. “I competed in the 2012 EuroSkills Spa-Francochamps Belgium, winning a Medallion of Excellence in Health and Social Care and went from there. From the very first day I have loved seeing WorldSkills UK grow and develop to where we are today. It’s fabulous being part of such a great organisation!”

Asked what she enjoyed most about taking part in EuroSkills Georgie says, “Seeing different countries come together, compete and learn from one another, celebrating being the best of the best.” The experience and skills developed in competition have directly benefited Georgie in her career. “I’ve learned that if you put your mind to something, you can achieve it. I have so much more confidence, in public speaking and passion for my career as a nurse.”

Competing was not without its challenges. “The biggest was trying to overcome stage fright and coping with my nerves. Focusing on the task ahead, zoning into the case study and forgetting my surroundings helped.”

Georgie decided to continue her relationship with WorldSkills UK after competing by becoming a Skills Champion.

I started as soon as I began my role as a newly qualified nurse. I want to give back and share my passion with others, in the hope they will get the opportunities WorldSkills UK has given me.

Opportunities have included the chance to travel overseas. “I had a year out from university to concentrate on being a member of Squad UK and to travel to China to three different colleges with WorldSkills. The University of Derby supported me by deferring my place and over that year I developed, built up my confidence and really started to grow as a young person. I believe I have developed my passion for my career and the first- class honours grades to go along with it from the guidance and support I got through working with WorldSkills UK.”

Asked what she would say to a young person considering taking part in WorldSkills UK Competitions she says, “Do it, you will never ever look back!” She has some advice to government and educators too about encouraging young people in technical careers. “Engage in more in skills events, like WorldSkills UK LIVE to allow young people to make informed decisions about their futures. The options are there, they need to know more about them.” 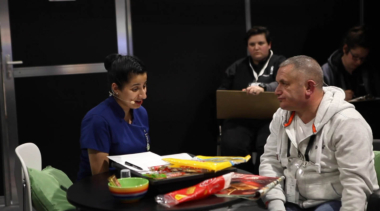 Health and Social Care Practitioners work with a wide range of populations in a variety of settings who are facing ill health or medical conditions.
Read more 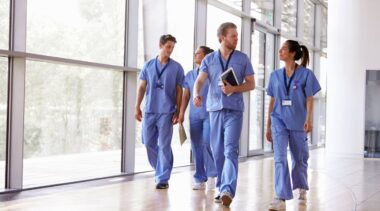