Chloe from Weston College explains how taking part in our competitions has helped her to overcome her fears and has benefited her career as a beauty therapist.

Chloe Williams knew she wanted to work in the beauty industry and that she could get hands-on right from the start. “I chose a technical education as I wanted to be able to achieve the highest grades I could, to be able to get the best out of my skill.

“I hadn’t heard about WorldSkills UK Competitions until my beauty lecturer at college told me about them and suggested I enter.”

Chloe first competed in June 2018 and went through the National Qualifiers reaching the National Finals in 2019 held as part of WorldSkills UK LIVE at the NEC Birmingham in front of thousands of spectators. “My favourite bit of taking part is meeting new people and making new friendships as well as being able to watch myself grow as a person and being able to see the improvement in my skills and seeing how far I have come.

“I have learned that you can do anything when you put your mind to it! Always have confidence in yourself and if you really want to do something then just go for it.”

Competing is all about problem-solving and finding ways to navigate obstacles. But for Chloe the biggest hurdle wasn’t actually the competing. “The biggest challenge I have faced is learning to believe in myself and realising that I can achieve my goals. I have overcome my fears because I have had the best support around me and I have met people who believe in me and have made me more confident.”

Chloe feels that other young people would benefit from competing. “I would say 100% do it! It is the best decision I have made and you will not regret it. You will get so much good out of it.”

The improved confidence that Chloe has built up has paid off, she’s has been selected to join Squad UK with the potential for being selected for Team UK and the chance to compete on the international stage. “I was unbelievably happy when I was selected for Squad UK! Especially because I never thought I would have been. So I was over the moon when I found out I had been selected.”

Chloe is now undergoing the skills set and mindset training that WorldSkills UK is renowned for, to be in the running for the chance to join Team UK in competing on the international stage. Chloe believes she is already improving her skillset as a result of the programme.

“My favourite part so far, has been seeing how much I have improved my skills since I began competing and being able to look back and see how far I have come.”

Chloe is definitely up for the challenge that being selected for Team UK would bring. “It would mean the world to me to be able to compete at EuroSkills or Worldskills! I could not even put into words how amazing it would be.”

Her success is not just contained within competitions, but has also impacted her career and her workplace directly. “Since taking part in Worldskills UK Competitions I have improved my skills which made my studies easier and also my career. Since competing at the National Finals and being selected for Squad UK I have had two job promotions.”

She is determined to pursue her profession to the best of her considerable abilities. “My career goals for the future would be to experience everything I possibly could and to eventually open up my own beauty salon.” 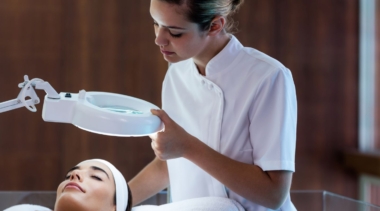 Start a career in Beauty Therapy

If you’re interested in Beauty Therapy then visit our Careers pages to learn more. 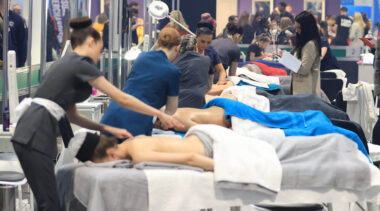 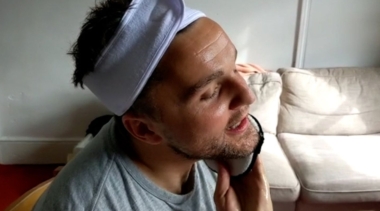