We announce partnership with WorldSkills Russia

Update: We have now ceased our bilateral work with Russia and suspended our international partnership.

Today (Wednesday 7 July 2021) we announced a partnership with WorldSkills Russia as part of our continued commitment to harness our world-wide connections to help mainstream global best practice to boost standards of teaching in technical education and apprenticeships.

This partnership will leverage international policies and best practice in skills development from Russia, which we will share with our education and employer networks throughout the UK. We will also be showcasing our technical provision here in the UK as we work to raise standards in technical education and apprenticeships.

We are delighted to be working with Russia on this exciting new partnership.

WorldSkills standards have been central to the reform of TVET in Russia, informing assessments, qualifications and training for educators and the wider workforce. This has seen the best international practices being used to raise standards and also generate energy and enthusiasm for the reforms. We look forward to working together as we continue with our work with governments and educators to embed WorldSkills standards into UK skill systems to support young people to develop the high-quality skills needed by employers now and in the future.

The partnership with Russia will also enable us to explore a joint review of WorldSkills Standards with a particular focus on our priority areas of digital and green technologies.

Over the years, WorldSkills Russia has created a large-scale network of experts and partners, whose best practices and means we are now happy to share with our foreign colleagues. Cooperation between WorldSkills Russia and WorldSkills UK will become an interaction between the two parties and a partnership of the networks that stand behind our organisations. We expect that our cooperation will be fruitful and applied, as a result of which we will be able to qualitatively improve our national training systems.

WorldSkills International has welcomed this partnership describing it is a fantastic opportunity for its members to work together to drive up excellence in the quality and delivery of TVET, supporting its Year of Innovation in which it hopes to encourage more young people across the globe to take up skilled careers. 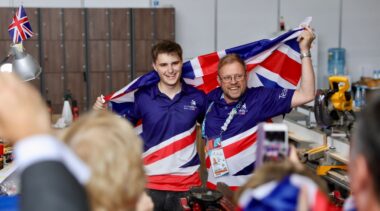 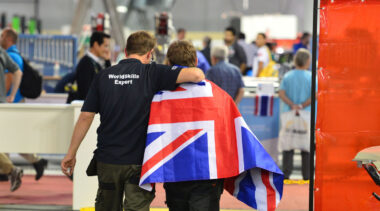 Critical to our success are our training managers who work to make our competitors the best they can be.
Read more