Vocational education and training (VET) in the UK has received much bad press both internationally and domestically.

Internationally, UK VET appeared in league tables showing that it lags in overall achievement (e.g. OECD 2010, Field et al. 2009), has fewer young people entering and participating in VET compared to the vocational route in other countries (Steedman 2010) and comparatively lower levels of vocational qualifications to other countries (Brockmann 2010). Domestically, it has been criticised in terms of the relationship between employers, the State, the employee and the unions within the VET system (Stanton 2008, Fuller and Unwin 2009), whether the vocational qualifications are valid for their purposes (Stasz 2012), low employer participation and completion rates, weak funding arrangements (Keep 2007, Wolf 2011) and lower rates of return to vocational qualifications compared to equivalent academic qualifications such as A-levels and bachelor degrees (Machin and Vignoles 2001, Vignoles and Powdthavee 2006). 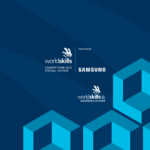 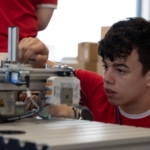