Paul Sowerby, Key Stage 5 Curriculum Lead at Catcote Academy Sixth Form, was awarded the Programme/Initiative of the Year award – sponsored by Access: VFX – at the Diversity and Inclusion Heroes Awards hosted in November.

Paul had identified that two of society’s most excluded groups are those with additional learning needs and the elderly, especially those with dementia. He acknowledged that many students who attend Catcote Academy want to and have the capacity to work, but are not given the opportunity. He said:

The national statistic is only six per cent of young people with special educational needs and disabilities are in paid employment. Our initiative wanted to help promote inclusion, put more balance on that dire fact and give our young people opportunities to show their potential.

Paul’s students were tasked with devising a social action project where they could learn new skills for the world of work. Students researched many ideas and voted on working with a care home.

Paul said: “They discovered that, like them, old people were also excluded from many aspects of society due to physical health, finance and mental health. It was felt that both groups could help each other.”

The manager at Lindisfarne Care Home was keen to work with the students as she has an autistic son who also battled hard to get paid employment.

The programme has evolved over the 14 months it has been running. The initial idea was to visit the residents, chat to them and run some social games. It took a few weeks for some students to join in with speaking and interacting with the residents, but over time, students began to relax and build friendships with the residents.

The students looked forward to seeing their new friends and the residents were excited to see the young people. At Christmas time, residents from Lindisfarne Care Home were invited to the sixth form for a Christmas party.

The care home were very impressed with how the students interacted and how their residents had responded and wanted to do more work with the sixth form. Positions in the care home’s hair salon, kitchen, entertainment, cleaning and maintenance teams were made available. Students worked for the rest of the year in areas of the care home as well as socialising with residents. This improved their work skills and lessened their chances of being excluded from society and the world of work.

All of my students who have transitioned into year 14, have secured work placements. This in part has been as a result of skills and confidence from the initiative at Lindisfarne Care Home.

The successful programme has been opened up to younger students in years 10 and 11 to give them experience at an earlier stage of their education. This, in turn, will hopefully give them a greater opportunity of being able to secure paid work in the future.

Congratulations to Paul and Catcote Academy Sixth Form for their award! 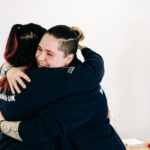 Team UK going for gold at WorldSkills 2022 in China 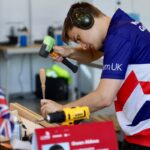 Responding to the Queen’s Speech