Skills are our most valuable national resource: Research to be released this month, has proved a ‘new and powerful formula’ to overcome the skills crisis in the UK and make the nation competitive and productive by mainstreaming global best practice.

Three new reports, commissioned by WorldSkills UK, the country’s leading skills charity, show an urgent need to follow the lead from other nations revolutionising their systems in order to boost the quality of skills provision.

Dr Neil Bentley-Gockmann OBE, CEO of WorldSkills UK, is to deliver the message as the UK’s skilled elite set out on the road to Shanghai – on their quest to represent their country at the WorldSkills Finals in China in 2021.

In a speech scheduled for the start of WorldSkills UK LIVE at the NEC, Birmingham on Thursday November 21st he will say: “This is a gamechanger for productivity, excellence and growth in the UK.

“When looking for excellence in skills development it’s Russia, China, Korea and Brazil who are leading the way – and we need to look at them.

“Russia was shocked at just how poorly they performed against other nations at the WorldSkills Finals six years ago – now they are vying for top spot – and using WorldSkills standards to revolutionise their skills system.

“Skills are the most valuable national resource of all.

“We’ve got before us a once-in-a-generation opportunity to build the kind of skills systems that will teach all young people into the 2030s and beyond.

“Our new formula will mainstream global best practice and secure the skills the UK needs – now we need the backing of our partners in governments, business and education to help ensure the skills upgrade needed.”

The first report on WorldSkills, from RSA and FETL, studied best practice in four countries that have used skills best practice to revolutionise their skills landscapes, boost productivity and grow their economies.

Shanghai, Singapore, Russia and Switzerland have all excelled in the WorldSkills competition and are fast tracking best practice to the very heart of their skills systems with dramatic effects.

The second report from University of Oxford and WorldSkills UK focuses on mainstreaming WorldSkills methodologies to achieve world-class standards in the Further Education (FE) sector.

The third report from NOCN and WorldSkills UK concentrates on what needs to change in the construction sector, having attended the ‘skills olympics’ in Russia this summer and seen what other countries are doing to build competitive construction sectors.

“WorldSkills UK and the work we do through our Productivity Lab with WorldSkills internationally can play an integral role in helping the new UK government to deliver World Class skills.

“Only WorldSkills UK has such vision in the round – working with all partners hoping to crack the skills and productivity conundrum.

“We have a 66-year track record of competing internationally and winning medals on the world stage. If we want to help young people succeed and want the economy to grow, then working with WorldSkills UK is part of the answer.”

WorldSkills UK selects, trains and manages the nation’s best young students and apprentices in dozens of different skills disciplines and harnesses international best practice to help business and education mainstream it to boost productivity and the economy.

The LIVE event, at the NEC Birmingham, November 21-23, is the backdrop for the all-important National Finals of WorldSkills UK Competitions.

More than 500 apprentices and students will compete in over 70 different disciplines – battling to be the best in the UK and hoping to secure the opportunity to compete to represent the UK at the WorldSkills Finals, known as the ‘skills Olympics’ in Shanghai in 2021. Showcasing their talent, these young people are all inspirational role models demonstrating to the tens of thousands of the next generation who attend LIVE how an apprenticeship and technical education can help them succeed in work and life.

The three-day event, which is free to enter, is brimming with interactive exhibits, fascinating talks and Q&A sessions with leading employers and scintillating entertainment.

Dozens of the UK’s major employers, organisations and educators will have a high-profile presence at LIVE in their quest to recruit the next generation of high-fliers.  Among them will be BAE Systems, Toyota Manufacturing UK, Health Education England, Lloyds Banking Group, Army, Middlesex University and Leicester College. 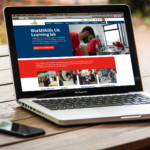 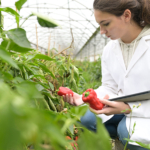