Digital Media Production bronze-medallist Joseph explains how taking part in the competition has helped his career and why he wants to inspire others as a Skills Champion.

By his own admission Joseph lacked direction after finishing secondary school, “I’ve never been the most motivated of people. I’ve always struggled with focusing and keeping my mind set on goals, but these last few years have put me in the mindset of wanting to do something with my life.”

Joseph chose Digital Media Production at the College of West Anglia as he really enjoyed the creativity of it. “Digital media allowed me to express myself and work in an environment I love. The course helped me build up the skills for the area I am passionate about.”

My media lecturer pointed me towards WorldSkills UK Competitions as he is a massive fan. I got through the regional heats and made it to the National Finals at the NEC in 2019, winning a Bronze Medal. I really enjoyed the National Final, the grand scale of it felt so big and exciting.

“On my competition journey I have learned what it is like to work in a pressured and stressful environment. Even so, it never felt too much, as the rest of the team and I were having fun throughout, and I think this is incredibly important to know.”

Along with the good times, there were some challenges too. “In the quarter-finals my team didn’t do the work they were assigned so I had to do a week’s work of work in one day. It wasn’t great but I did it and we made it through. Getting over this with the team was difficult but we worked it out. I think learning to forgive people is a great trait to have.”

Much of what Joseph has learned from technical to employability skills has helped him in his work. “Winning a Bronze Medal in the WorldSkills UK National Final has opened up new conversations for me. I have been offered work since then and having the honour of third-best camera operator in the UK, certainly helps with the sales pitch!”

Joseph wants to pursue a career as a photographer and videographer, “I love camera work and alongside this I want to be able to create fine art photography to be shown in galleries.”

He’s still maintaining his relationship with WorldSkills UK by becoming a Skills Champion saying, “I always loved the idea of teaching and WorldSkills UK was such a massive part of my life, I want to be able to give other people the chances I had.”

Asked what advice he would have for someone considering entering a WorldSkills UK Competition he says:

Entering the Competition is life-changing. It’s not just about the competition, but the whole experience, meeting new people, competing in a field that you love. It’s the best thing ever. 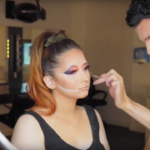 A career as a TV producer

Interested in learning more? Find out all about being a TV producer.