Painting and Decorating national finalist Jordan explains why he chose his apprenticeship and why he wants to inspire others as a Skills Champion.

When he was leaving school, Jordan lacked any kind of direction regarding a future career. “I had no idea what I wanted to do short-term or long-term. I never did well with classroom-based learning. Losing interest a lot meant I left school at 16 with no qualifications. I went to college for a year studying mechanical engineering. I soon figured this wasn’t what I wanted to do so I got an apprenticeship in painting and decorating which I enjoyed a lot more.”

I wanted a job where it changed from time to time. I could be doing different things and work in different places. It’s also made me aware of opportunities to work up to other job roles such as site manager, quantity surveyor and so on.

He says, “I really enjoyed learning more about my trade and meeting other people my age who are doing similar things.” It wasn’t all easy though as he adds, “My biggest challenge was pressure, you know you’re competing with some of the best in your field and have a lot of eyes on you from judges to visitors.”

For anyone thinking about entering a WorldSkills UK Competition Jordan says: I recommend it 100%. Just don’t get too caught up on winning, it’s more about enjoying the experience.

Back in his workplace his achievements have been rewarded, “I have received recognition from my employer and am on the right track to progress into higher job roles, which is something I’d really like to do. Ultimately though I’d like to go into teaching to give something back from what I’ve gained.”

Jordan feels he has learned an important lesson aside from his skills development, “It’s never too late to do what you want to do. When you put your mind to something there are no limits to what you can achieve.” His enthusiasm is something he wants to share,  “I’ve become a Skills Champion to motivate young people to do their best and learn how become someone successful, through my story.” 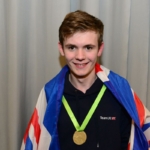 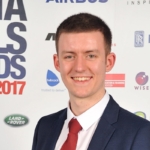 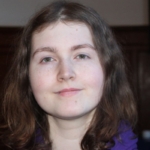 Learn more about our WorldSkills UK competition in Painting and Decorating.

A career in Painting and Decorating.

Interested in learning more? Find out all about Painting and Decorating as a career.